When did humans start wearing clothes?

In popular culture, cave men (and women) are often draped in furs, but archaeological evidence of what our Stone Age ancestors actually wore and how they made clothes is thin. 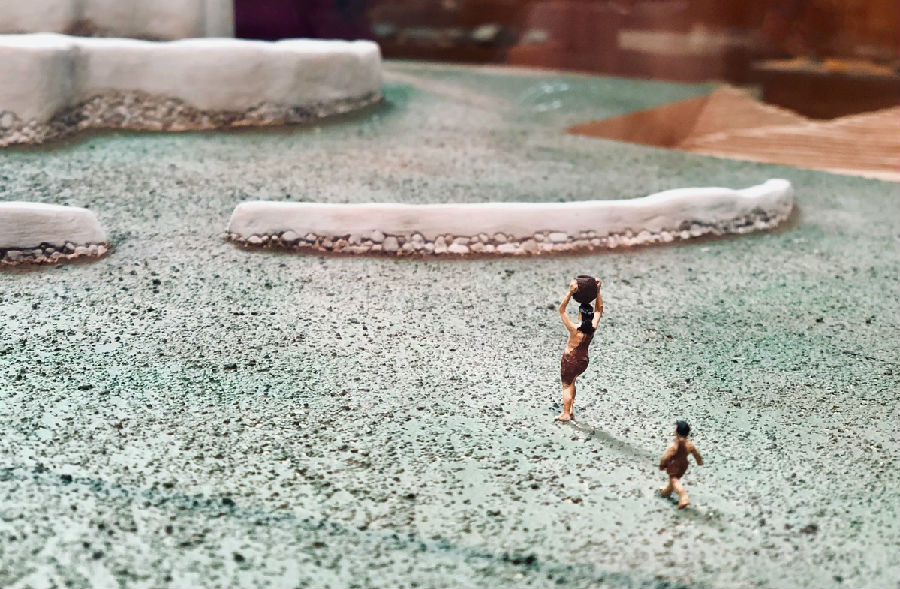 Fur, leather and other organic materials generally aren't preserved, especially beyond 100,000 years ago. However, researchers say 62 bone tools used to process and smooth animal skins found in a cave in Morocco may be some of the earliest proxy evidence for clothing in the archaeological record. The tools are between 90,000 and 120,000 years old.

"I wasn't expecting to find them. I was studying this assemblage initially to look at the animal bones to reconstruct the human diet," said Emily Yuko Hallett, a postdoctoral scientist at the Max Planck Institute for the Science of Human History's Pan African Evolution Research Group.

"And when I was going through them -- there were around 12,000 animal bones -- I started to notice these bones that had a very different shape. It wasn't a natural shape. And they had sheen on them, and they were shiny, and they had striations (grooves or scratches) on them," said Hallett, who was an author of a study on the findings that published Thursday in the journal iScience.

Unlike the bones discarded after consuming an animal for food, bones used regularly by human hands gain a sheen and polish.

She also found a pattern of cut marks on other bones in the cave that suggested the humans who lived there were removing the skins of carnivores such as sand foxes, golden jackals and wildcats, for their furs. The bones of cattle-like animals showed different markings, suggesting they were processed for meat.

"I'm most excited about the skinning marks on the carnivores, because I haven't seen this pattern described before. And my hope is that archaeologists working in much older sites also start looking for this pattern," she said.

It's challenging to figure out when the use of clothing began. It's highly likely early humans like Neanderthals that lived in cold climates long before Homo sapiens arrived on the scene had clothing to protect themselves from the extreme weather, but there's not much hard evidence.

Genetic studies of lice indicate that clothing lice diverged from their human head louse ancestors at least 83,000 years ago and possibly as early as 170,000 years ago, which suggests humans were wearing clothes before major migrations out of Africa.

Hallett said that one of 98 400,000-year-old tools made from elephant bone and recently discovered in Italy may have been used to smooth leather. They were likely used by Neanderthals. Eyed needles emerge in the archaeological record much later, about 40,000 years ago.

The bone tools from Morocco that Hallett discovered were shaped a bit like a spatula and would have been used to remove connective tissue. Similar bone tools are still used by some leather workers today, Hallett said.

"The reason people like using these tools is that they don't pierce the skin, and so you're left with an intact skin," she said.

The bone tools were found in Contrebandiers Cave on Morocco's Atlantic coast. Hallett said the climate 120,000 years ago would have been mild, as it is now, raising the possibility that early clothes could have been for ornamentation as well as protection.

"There's really no extreme temperatures or extreme climate conditions there in the past or today. So that makes me wonder was clothing strictly utilitarian or was it symbolic or was it a little bit of both?"